On July 20, 2021, Senate Finance Committee Chairman Ron Wyden (D-OR) introduced the Small Business Tax Fairness Act (S.2387).  This proposal would usher in significant changes, most detrimental, to the current 20% deduction for qualified business income for pass-through entities (also known as the 199A deduction).

In short, the 199A deduction provides a deduction equal to 20% of “qualified business income” (QBI) from a pass-through entity – sole proprietorships, partnerships, LLCs (that have elected to be treated as partnerships for tax purposes) and Sub-S corps.  Besides its temporary status, one of the biggest shortcomings with 199A is that it singles out “specified service businesses” for far less advantageous rules by providing a phased out deduction that is only available if the taxpayer’s taxable income is below a certain threshold that is adjusted annually for inflation and eliminating the deduction entirely if the QBI is above a certain threshold amount. [In 2021 the thresholds are $429,800 or less for married filing jointly, $214,925 or less for married filing separately, or $214,900 or less for single filers and the full deduction is available only if income is $329,800 or less for married filing jointly, $164,925 or less for married filing separately or $164,900 or less for single filers.]  A “specified service business includes any trade or business described in Internal Revenue Code Section 1202(e)(3)(A) which includes health, law, accounting, actuarial science, performing arts, consulting, athletics, financial services, brokerage services, investing, investment management, trading or dealing in securities, commodities, etc. or where the  principal asset of such trade or business is the “reputation or skill of one or more of its employees.”  In a last minute deal when the law was passed, engineering and architecture were removed from this definition for purposes of 199A.  For pass-through entities that are not specified service businesses, the 199A deduction is available regardless of the taxpayer’s QBI but may be subject to limits based on the business’ W-2 wages or capital. The SBCA has argued that these tests are unnecessarily complicated. The 199A deduction is currently available to trusts and estates. Of course, this brief summary does not do justice to the overall complexity of the rules governing 199A and how to calculate the amount of the deduction.

If enacted as proposed, Senator Wyden’s Small Business Tax Fairness Act would, among other more minor or technical changes, do the following:

–          Remove the special rules and limits applicable to specified service businesses (as described above) so that the specified service businesses are eligible for the same deduction as other pass-through entities.  While the SBCA has significant concerns about certain other parts of the bill, this change is something that the SBCA has long been advocating for and would be a welcome development for service based small businesses and their owners, but for the item below.

–          Begin to phase out the deduction for taxpayers with taxable income over $400,000 with a full phase out for taxpayers with taxable income over $500,000.  The $400,000 phase out is intended to comport with President Biden’s promise not to raise taxes on households with income under $400,000.  These thresholds would be the same for both single and married taxpayers, thus placing married taxpayers at a disadvantage, and limiting the number of business owners eligible for the deduction.  In explaining his motivation for this section, Senator Wyden stated that “[w]hile small business owners with incomes under $200,000 are 80 percent of taxpayers claiming the deduction in  number,  52.4  percent  of  the  federal  government’s  expenditure  for  the  deduction  pads  the  pockets  of  millionaires and billionaires.”  Of course, the SBCA knows that there is a big difference between billionaires and small business owners who have a combined household income over $400k and will advocate to significantly increase any phase out threshold.  Note that this change benefits taxpayers with QBI up to $400,000 and totally eliminates the entire deduction for any taxpayer (whether the pass-through entity is a specified service business or not) that has QBI over $500,000.

–          Require that, in order to claim the 199A deduction, married taxpayers must file joint returns.

–          Provide that the 199A deduction can only be claimed by “individuals” and expressly preclude trusts and estates from claiming the deduction.

Notably, the Small Business Tax Fairness Act would not make 199A permanent or change its existing December 31, 2025 sunset date.

The principles set forth in the Small Business Tax Fairness Act were not included in President Biden’s latest budget proposal.  However, during the 2020 campaign, Biden did state his support for limiting or eliminating the 199A deduction for high income taxpayers and it is very possible that some of all of the provisions in this proposal may make their way into the upcoming “social infrastructure” bill.  This is particularly true because this bill would be a short-term revenue raiser with the Tax Foundation estimating that it would raise $114 billion in four year period before 199A is set to sunset.

The SBCA will continue to monitor this bill and advocate to make 199A permanent and eliminate the distinction for specified service businesses and to fight for increased thresholds and against any decrease in these limits. 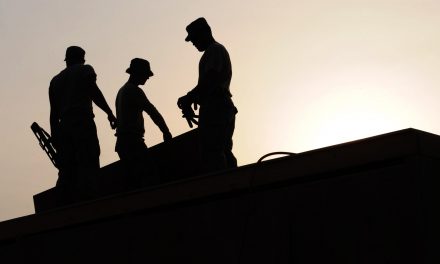 Protected: What to Watch from the DOL

Protected: SBCA – What We’ve Been Up To